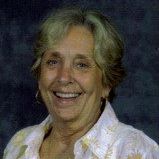 Tri-County Apprenticeship Academy was very fortunate to open their doors at 13830 Jetport Commerce Parkway , Ste 5. Fort Myers, Florida on June 3rd, 2003.  During this time the Board of Directors set the wheels in motion by hiring Donna J. Beasley as the Academy's Executive Director.  Donna had dedicated her life to Apprenticeship Training.  She was an Apprenticeship Representative for a large portion of her career.  Once Donna retired from the State Apprenticeship System in 2001, she ventured out and took a position with The IEC Electrical Apprenticeship Program as their Training Coordinator.  In 2003, Donna was given the opportunity to be a part of an Apprenticeship Academy that had more than one craft. Donna wanted to make a large impact with apprenticeship so she worked hard at developing new programs and revamping old programs.  In 2003, Donna created new set standards for TCAA that merged both the ECF Electrical Apprenticeship Program and the Special Contractors Association of Southwest Florida's  Apprenticeship Programs. In 2005, Donna applied and acquired the Accredited Training Sponsorship from the National Center for Construction Education and Research. In 2006, Donna worked with the Workforce Board of Southwest Florida on a grant that would allow at risk youth the opportunity to explore new careers in the construction crafts.  This program worked with the Fort Myers Housing Authority to rebuild their senior housing projects in the Fort Myers area. In 2008, Donna was diagnosis with Lung cancer but she did not let it slow her down.  In 2009, Donna begin to work on establishing a plan so that DJB Technical Academy could become a part of the educational system in Lee County. Donna wanted greatly to incorporate pre-apprenticeship and academic education for high school students who were having a difficult time in a traditional school setting. By offering pre-apprenticeship programs in Electrical, HVAC and Plumbing. These students will have the advantage of being able to complete the year one curriculum in their specific trade and get their high school diploma. The vision Donna had was to create a pathway for these students to enter the TCAA Apprenticeship program to complete their craft training and work for one of the many participating contractors that support TCAA. In the fall of 2009, Donna went for a checkup and her cancer had returned she began to fight a long and hard battle for her life but never lost sight of all that she wanted to accomplish.  In 2010, Donna passed away from her battle with cancer and made it known, that her last wish was for DJB Technical Academy to open its doors to the at risk youth population in Lee County.  In 2011 in honor of Donna, Tri-County Apprenticeship was renamed Donna J Beasely Tri-County Apprenticeship Academy.  In 2012, DJB Technical Academy was born and Donna's vision was brought to life. Every student that walks through the doors at DJB Technical Academy will find the help they need to reach their goals. Donna was dedicated and determined to " Get 'r' Done".